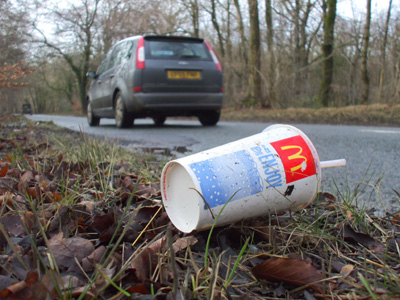 There is a kind of tension that exists in societies, especially ones like ours in the United States, between the rights of the individual, and the duties of that individual to society as a whole. In fact, the whole history of the US can be seen as a struggle between the people who feel that individual freedom is most important, and the people who feel the needs of the group are paramount. Our laws are a balancing act between the things the state (as the embodiment of society) can demand of us, and what rights we reserve to ourselves completely. The Constitution as drawn up by the founders of the country, lays out what government can do. The Bill of Rights, the first ten amendments to the Constitution, are to set out what rights the state can’t infringe on.

So far so good.

Then comes the question of just who gets to have those rights.

The obvious answer to me is, well, everybody, but that has never been the case. Native Americans, black people, brown people, female people, young people, gay people, transgender people, convicted felons, people born outside of the country, people born in the country but whose parents are not citizens; all of these people have had their rights curtailed.

When we talk about civil rights, these are the rights we mean. The right to have the same rights as everybody else.

Honor culture is very much the culture of individual rights. If someone does something that I don’t like, or that injures me, or offends me, it is my right, and indeed my duty, to get revenge. I can shout at them, insult them, fight them, or kill them, as I see fit. What’s more, anyone who stops me from doing these things is infringing on my freedom to act.

Dignity culture divides infringements on the individual rights into big things and little things. Big things the state handles; we have laws, police and courts to deal with them. Small things are handled by social norms of behavior, called manners.

Victim culture doesn’t really come into this discussion, because it ignores honor, civic structures, and manners.

Now, I feel that as long as we are guided by the basic Golden Rule of treating people in exactly the same way as you want them to treat you, we should have as many rights as possible, and as much freedom as possible. But it’s funny, you know, just how much one man’s freedom is society’s pain in the ass.

I used to live in a house about four blocks from a McDonald’s. Very convenient if you wanted a burger, or a late-night shake. But also just about the exact distance that a person walking slowly eating their McFries will walk before they finish everything up and want to get rid of their paper bag, bits of burger and other leftover rubbish. Guess where it went? Yep, over my fence, into my garden.

I’m sure the individuals who did this weren’t thinking , “I know, I’ll be a real twenty-four karat dick and dump this stuff over there.” Very likely it was, “Erm… OK. Out of sight, out of mind. It’s a free country. I pay my taxes. Somebody else can clear that up.”

Unfortunately for me, I was never given any payment by the city for having my front lawn used as a communal garbage can. OK, so every Saturday morning (Friday nights were the worst) I had to clean up a bunch of paper bags, and loose paper napkins, and quarter-filled cups of milkshake. It could have been worse. I have worked as a janitor in a youth club, so I KNOW it can be worse.

Please notice that I was never tempted to lie in wait with a double-barreled shotgun to blow the brains out of the next bastard who throws garbage onto my grass. I do not subscribe to honor culture. I did try a “Please don’t throw your leftovers here” sign, but that was simply seen as a target. Still, this was small stuff, and as a believer in dignity culture I was taught not to sweat the small stuff. So I moved.

But the problem isn’t a few bags of McGarbage on a lawn or two. If you drive along the highways in our beautiful state you will see all kind of junk by the side of the road. And public spirited organizations adopt sections of the highway and clear it up. The group, society as a whole, deals with the selfishness of the free individual. But it doesn’t stop there. The idea that clearing up after my freedom is someone else’s job is almost universal.

It isn’t the paper cups in the garden, or the bags of rubbish by the road, or the old mattress dumped in the lake. It’s the oil spill in the river, the millions of tons of carbon pumped into the sky, the slurry overflow from the farm, the beer bottle on the alley, it is the vast island of plastic rubbish floating in the Pacific Ocean.

The idiot throwing his half a chicken McNugget into my petunias thinks that manners don’t matter, because I’m not going to shoot him. The person who leaves a bag of old clothes and dirty diapers at the side of the road knows he’ll never get caught. The international petroleum corporation who floods a town in crude oil knows that whatever fine they may  have to pay, they can pass the cost on to the guy who drives the car and dumps his garbage on the roadside. The car manufacturers and the power plant conglomerates know that they will never really have to pay for adding to global warming because they can donate enough to make sure no laws are passed to infringe on their rights to make even more money.

All along the line, people act like dicks, because they think they can sidestep the consequences, and besides that, they have the right to do that. To do what they want.

Thinking that you can do what you want to people, individually or as a planet, no matter what the consequences, is the act of a dick. It is doing as you will, not as you would have others do to you.

If you throw garbage onto my lawn, you are a dick. What are you if you put the whole planet at risk, because you are too lazy or too selfish to clean up after yourself?

What’s it going to be, Mr. Dick? Your lazy freedom or my right to a livable planet?