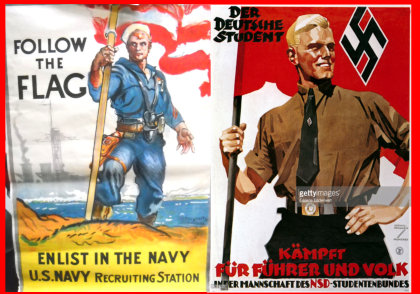 There’s been a lot of talk recently in response to the Executive Order banning entry to the US for anyone coming from seven countries in the Middle East. Indeed there’s been a lot of protest and outrage and anger. Particularly noticeable to me in that protest has been the often-made statement that “This isn’t the USA. This isn’t us.”

I hate to tell you this, but it is us. It’s exactly who we are, and who we always have been. There can be no denial of the historical fact that the people of the United States and their successive governments of all parties have been bigoted, misogynistic, racist, genocidal, and just bloody dicks.

Every single right protected by the Bill of Rights has been stepped on, ignored, and abused since the first ten amendments to the Constitution were adopted. And long before. I mean, think about it? Why was the Bill of Rights written? Because the framers knew that people would act like selfish dicks in any case, but at least here was some protection against it.

And just in case you were thinking it already, yes, this has been true of every country anywhere, at any time in history. We are not unique. That’s the problem. We think we are; but we’re not. And because we think we are different, we naively believe that bad things won’t happen here, when they already have.

Because, let’s face it, people can be dicks and they will be, if they think they can get away with it. And the more selfish people are and the more power they can grab, the more like dickish they are likely to act.  Because the number one cause of dickish behavior is people thinking they are special. Thinking they are better than anyone else. Or at least better than (Insert minority group here). Or that because they are nice, whatever they do is from the best motives, and so it can’t be wrong, right?

The second you think you are better than anyone else, or deserve special treatment from the world, or that whatever you do is automatically alright, you are stepping into Dick Territory. And if you think that somebody else, for whatever reason doesn’t deserve to be treated the same as you, you are waist-deep in dickhood.

Mercifully, we are not all dicks all of the time. This is one situation when the “Not all ____” plea has some truth. We are not always dicks, and some of us are trying to stop ourselves and the others of us from being dickish in a big way. Standing up and saying “I won’t be a dick, and I won’t let you be one either!” is pretty good.

Because I think it’s important to realize that we can’t simply say, “This isn’t us.” We have to admit it is us and then say, “But we don’t like it.” Or “But we’re changing now.” And then we have to recognize that We are just a whole bunch of Me, and say, “This is me, and I don’t like it. This is me, but I’m going to try and change.”

As the song says in Avenue Q, “Everyone’s a little bit racist.”  Well, we’re all a bit self-satisfied and bigoted, too.  If crazy people talking to themselves on the bus makes you nervous, well, that’s prejudice, my friend. Understandable, but still prejudice. If you treat people with mental illnesses differently than everyone else, ask yourself why? If you are nervous around young black men, ask yourself why? I mean I was beaten up by an Italian, but I can’t say I judge every Italian based on that. And I have never so much as been talked to nasty by any young black dudes. See what I mean?

I’m just saying that we are like that. We aren’t so different from the people we fear, or we disagree with or whom we despise.

Own it, and then change it.

Because it’s simple* enough to change. Just do what is right. Don’t be a dick.